Who was St. Olav? 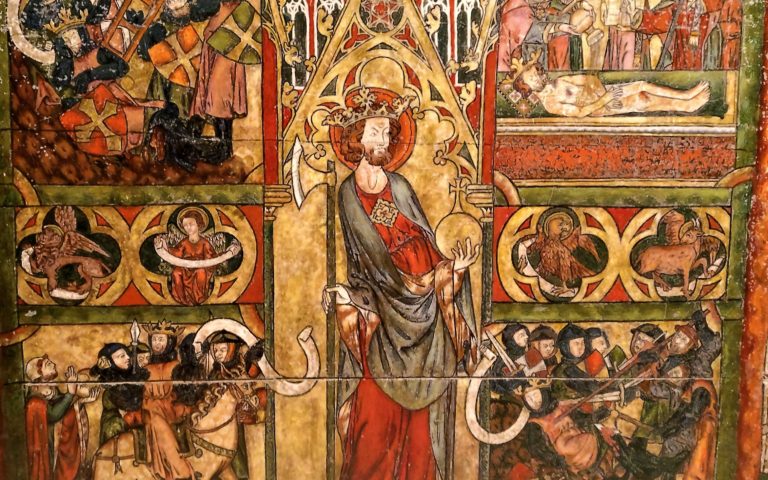 St. Olav was originally a Viking chief named Olav Haraldsson, who became the king Olav II of Norway. He was born in 995 and joined already at an early age Viking expeditions which headed e.g. to London. During his journeys Olav was baptized. Later he tried to convert his countrymen to Christianity too. Olav was a strict ruler, which provoked resistance. Therefore, he had to fight for his cause and crown. Olav was killed in the battle of Stiklestad in 1030. Because he died for his faith in a battle against the pagans, he was considered a martyr. Soon after Olav’s dead stories about miracles connected with him or his grave started to circulate. The death was a triumph for Olav, because it made him a legend. Only a year after his death Olav was canonized.

At first St. Olav became the patron saint of Norway, but soon after that Olav’s cult spread to the other Nordic countries and the area of present-day Finland. In the middle of the 13th century St. Olav was besides Virgin Mary the most popular saint in Finland – at least regarding the number of patron saints of churches and chapels. St. Olav became indeed the most loved saint in the Nordic countries. He was held as a mighty and protective king, who gave devout people protection and security with a battle axe in his hand. This way Olav was more humane and approachable than other saints. People thought that St. Olav could protect the cattle and give a good crop. He also patronised difficult marriages. Legends of the miracles made by St. Olav increased his popularity.

The role of St. Olav in the current Savonlinna region took shape in the Middle Ages, when Erik Axelsson Tott started to build Olavinlinna Castle in 1475. He chose St. Olav to be the patron saint of the castle. Thus the heavenly king Olav contributed to the daily life of the normal people, when they did their chores and protected their sphere of life against the threat rising from the East.

According to the catholic tradition Olav’s day of death became the birthday of Saint Olav. That is why 29th of July is still celebrated as St. Olav’s Day in Savonlinna.